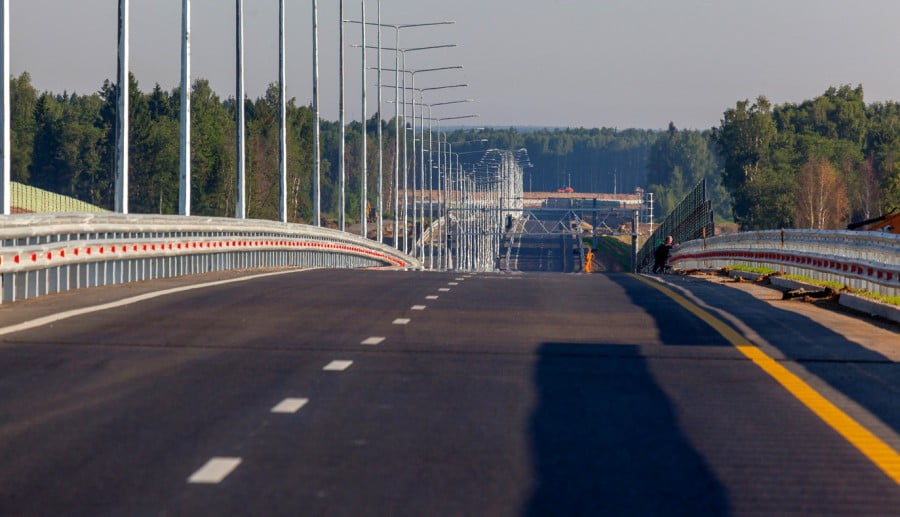 The construction of the Moscow-St. Petersburg highway was started in the 2010 year and should have been completed before the start of the World Cup. However, the deadline did not work out. Serious difficulties arose in some sections of the road, which is why putting the road into operation had to be constantly delayed.

All sections of the highway for M11 Moscow-St. Petersburg cars will be fully open until September 29, 2019 of the year. This was stated by First Deputy Minister of Transport of the Russian Federation Innokenty Alafinov. He claims that at the moment, work is being carried out on the territory of the 7 and 8 sections in the Novgorod and Leningrad Regions.

We remind you that it was the problems with these sections that caused the repeated postponement of the completion of work on the highway. It is noteworthy that in October 2018, the construction was stopped at the request of archaeologists. In preparing the lane, builders stumbled upon the remains of the early Iron Age. The resumption of construction took place only after the decision of the Committee on Culture that there were no archaeological values ​​in this area.