Mercedes-Benz showed the interior of the new Sprinter 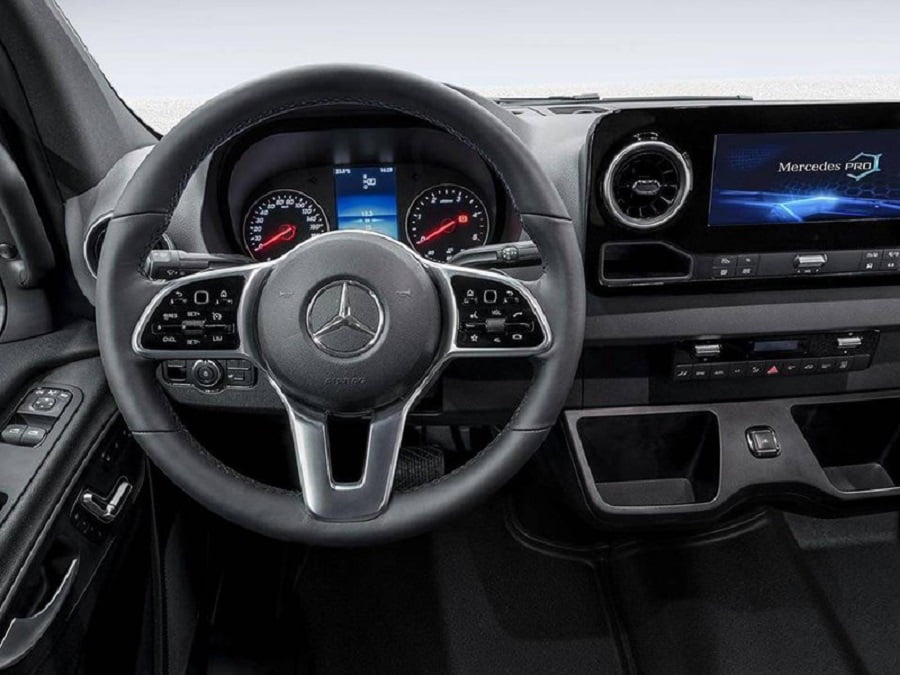 The company Mercedes-Benz continues to gradually introduce car enthusiasts to the next-generation Sprinter minivan. The first official photo shows the salon interior, which does not look the same as a commercial car.

From photographs it can be concluded that the plastic of door cards and the front panel will be non-active, hard and cheap. Owners of cars will find in the interior a lot of familiar. Three-spoke steering wheel of small diameter, control of electric adjustments is on the doors, and the buttons are made in the form of seating - this is a kind of "highlight" in the long-term performance of the passenger car department Mercedes-Benz. On the dashboard is placed a large color display of the on-board computer. And finally, the central part of the front panel was occupied by a high-contrast widescreen screen of the infotainment system.

The official release of the new generation Mercedes Sprinter will be held in February 2018. It will be possible to expect his appearance in Russia in the fall. Compared with the current generation, which was created in cooperation with the Volkswagen concern), the new Sprinter is fully developed at the facilities of Mercedes-Benz.