Mercedes-Benz A-class new generation will be presented this week 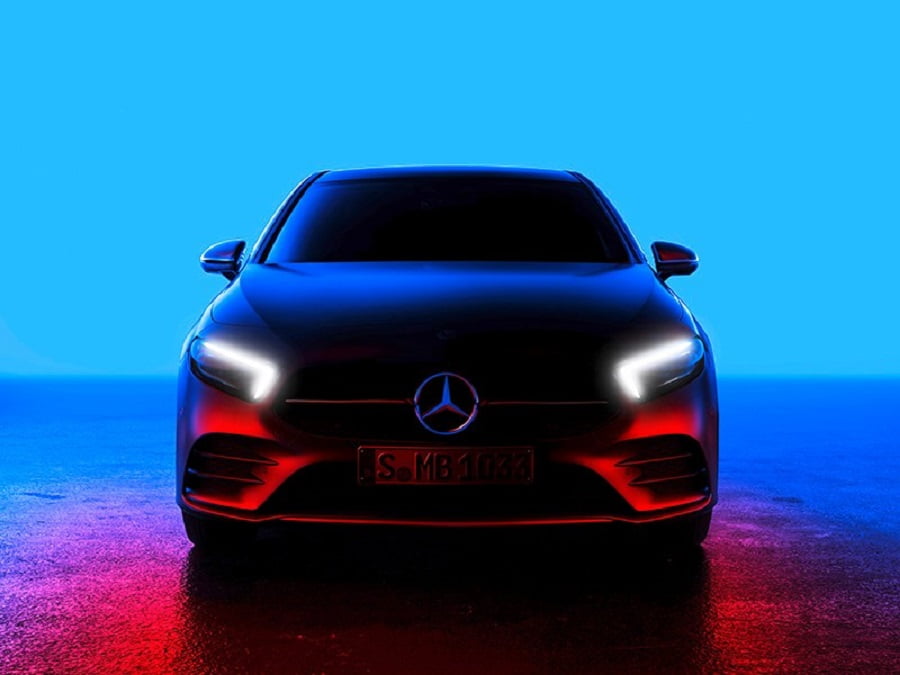 Literally in a few days, 2 February, at a special event in Amsterdam, Mercedes-Benz will declassify the updated A-class hatchback. The official debut of the novelty is scheduled for March and will be held at the Geneva Motor Show.

At the moment, the company has published only one teaser with an open front of the hatchback (photo above the publication). When analyzing it, you can find a certain similarity with the new Mercedes-Benz CLS, which premiered last fall. In any case, the headlights for the design of execution they are identical, only in the CLS, they are larger in size.

The interior of the updated A-class was previously declassified. The hatchback was equipped with a steering wheel from the flagship S-class and non-standard elements were placed on the front dashboard.

Similar to other models of the brand, it is visually combined with a multimedia monitor, but if in other new Mercedes screens are "drowned" in the front panel, then in the A-class they are located separately, like two tablet computers.

The basic version has a 7,25-inch dashboard, and the premium 10,25-inch, the same size as the infotainment screen.

In the new generation, seats will be available in three versions. The basic equipment will receive armchairs with 20 electric adjustments, in some versions sports seats with integrated head restraints and developed side support will be installed, and luxury versions of the hatchback will be equipped with multi-contoured seats with ventilation and massage.

In terms of the technical part, there is little known about the new car. According to the manufacturer, it is created on the upgraded MFA platform, will be noticeably larger and larger than the A-class of the current generation. In addition, the "charged" version of the Mercedes-Benz A-class will receive an engine with a capacity of more than 400 hp.

If you are not only interested in the news about the famous German automaker, but also prefer to drive in his cars, use the offer of our company! Order rent a Mercedes with a driver!! In our transport park a wide range of cars of the German brand.