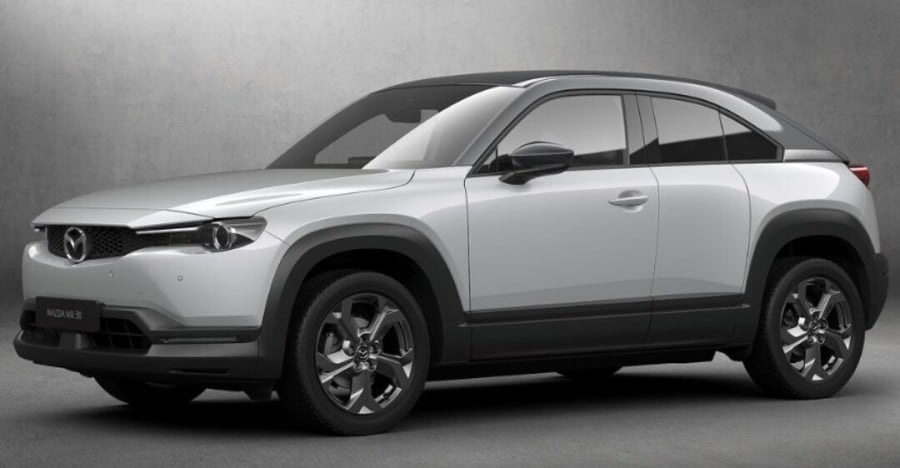 At the Tokyo Motor Show, the first mass-produced electric crossover car from Mazda was shown - the MX-30 model. The car has a unique appearance and average technical characteristics.

As for the design, the crossover was equipped with “suicidal” doors that were previously used on the famous RX8. There are no central racks, but the opening of shortened racks occurs only after the front racks, so it is impossible to open the back door easily.

If we consider the technical equipment of the MX-30 model, then it is based on the new electric platform Mazda e-SkyActiv. Unfortunately, the specifications do not quite meet the expectations of motorists. The crossover was equipped with one electric motor with 143 horsepower installed on the front axle and an 35,5 kWh battery, located under the passenger compartment floor. The power reserve, according to the manufacturer, is about 200 km. Given the current performance of competitors, this is of course relatively small.