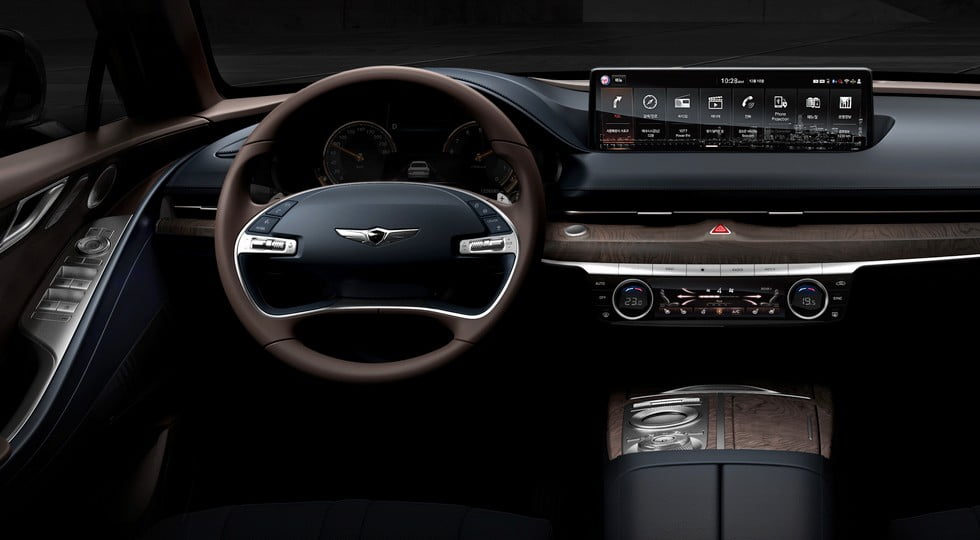 Genesis is a Korean sub-brand of Hyundai Motor. Previously, the Koreans did not have much independence, the previous version was called Hyundai Genesis. Gradually, the car began to improve and the G80 model appeared. The option presented in the photographs is a continuation of the South Korean brand, starting the second generation of comfortable sedans.

Previously presented to the public, the GV80 crossover was made on the basis of Athletic Elegance - the original style for premium cars. We hasten to inform you that the G80 has absorbed all the best from the version presented in January. The image of a representative car is complemented by the presence of two-tier lighting equipment, which provides bonus lighting and a clear appearance. The appearance of the model cannot but amaze, at first glance it is clear that this is a fastback. This is not to say that the "Korean" is a pure sedan. Perhaps purely from a technical point of view, yes, only the trunk is made in the shower of the liftback.

In the G80, you can see those features that were implemented in the crossover. But these are just traits, basically there are differences. The transition of the center console to the transmission tunnel skin is presented in a completely different way; the steering design is noticeably different from the GV80. The media system is located in the center and is a large 14,5-inch LCD screen. The salon is richly decorated with upscale wood.

For Genesis, the crossover is the result of many days of work, so borrowing technical know-how is not considered bad form and only complement the role of a premium car. According to the claimed photos, it can be assumed that the motors will be the same. Their gasoline volume will be 2,5 (304 hp, 422 Nm) and 3,5 liters (380 hp, 530 Nm), as well as a 3,0-liter turbodiesel (278 hp, 578 Nm ) The gearbox is an 8-speed “robot” with two clutches. The option is more than adequate based on the latest trends in the auto world.

The car will be presented in March.