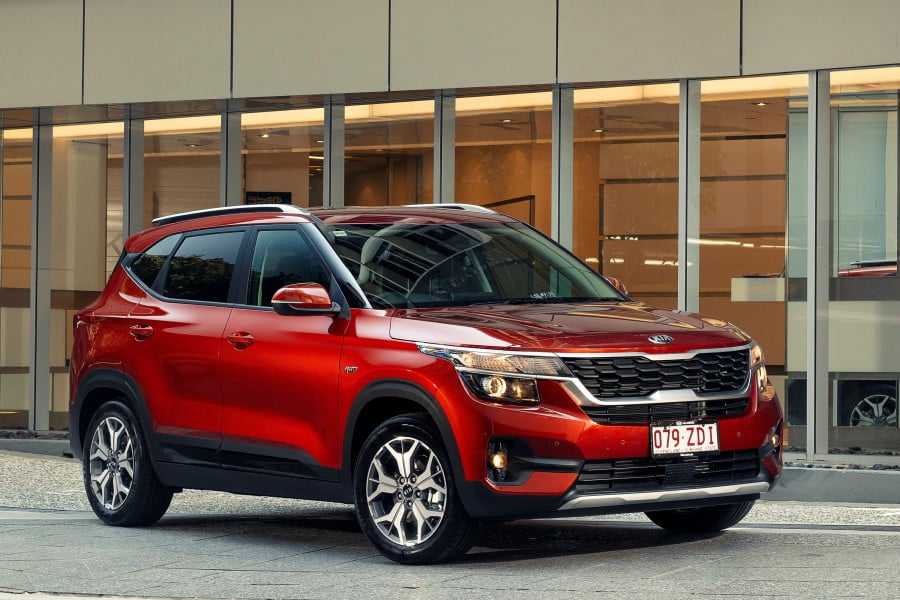 The Kia brand does not lag behind its competitors and expands its lineup with new crossovers. One of the most successful, released under the famous fleet, was Kia Seltos, presented in the Korean automobile market last summer. Despite the fact that this machine is still considered a novelty, its creators have already introduced the world to its updated version.

Hit sales Kia Seltos decided to change, starting with the average configuration. The popular model now boasts a glossy radiator grill and enhanced functionality due to modern electronics. Among the latter can be attributed a system that minimizes the risk of collision at the intersection.

The updated Seltos also received a multimedia complex with a touch screen. He replaced the outdated 8-inch monitor, which all owners of the Kia crossover had to get used to in their budget version.

As for the projection display, adaptive cruise controller, blind spot monitoring system, the manufacturer decided not to refuse these useful additions. He also kept the lane retention system, as well as a system that allows you to leave the parking lot in reverse.

At first glance, the updated version of Seltos is not much different from the original, but it is not. Kia company pleased its fans with a top modification called “Gravity”. This car boasts a chic exterior with an emphasis on two-tone 18-inch wheels, a radiator with chrome elements, silver exterior mirrors and door linings. The interior of Gravity does not disappoint. The combination of light gray, in which the upholstery of the seats is painted, and a dark gray front panel looks stylish.