What a McLaren F1 would look like in a roadster body 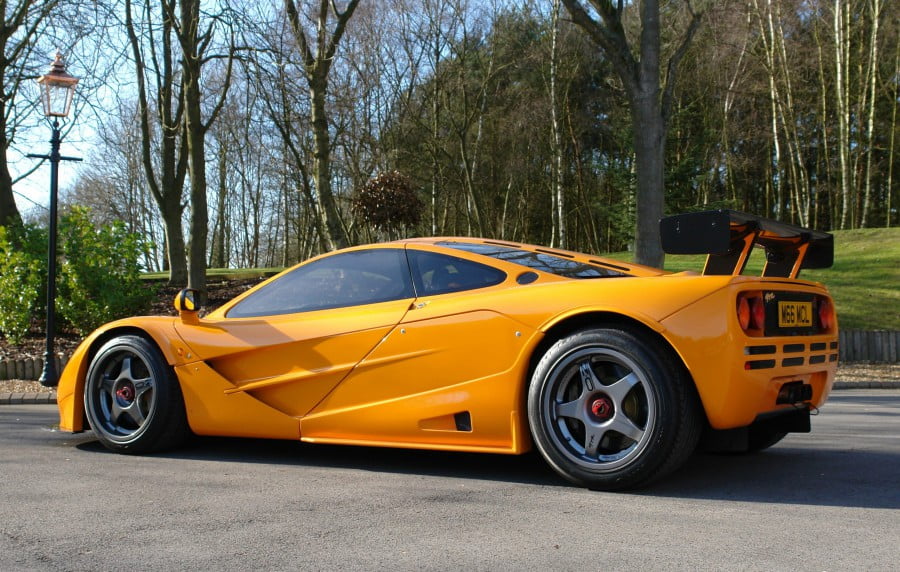 LMM Design (a pseudonym for an independent artist) decided to fantasize about what the legendary McLaren F1 would look like if it were produced in a roadster body. The pictures that were born in his head, he transferred to paper, which, in turn, migrated to the Internet in digital format. "Pictures" posted on the network immediately attracted the attention of all fans of the cult "Briton".

Based on the published materials, LMM Design did not try to reinvent the wheel and took inspiration from the style characteristic of the 90s. By the way, the master designed his work in the form of old photographs, photographs taken at the end of the last century (this became possible thanks to the "graininess" effect).

The artist painted the McLaren F1 Roadster purple. This choice cannot be called strange. This option was very popular in the 90s.

If we talk about the design features of the car, then LMM Design decided to leave its "bow" part intact (in fact, it is the same as that of the original standard F1 coupe). Dramatic changes are visible from the door line. The artist ditched the windows while the regular McLaren F1 hybrid had them (though they didn't completely drop down). The corresponding detail tells us that the roadster would not have had the classic butterfly doors. The master deprived his dream car and "scoop", usually flaunting on top. Instead, he added an original air intake located above the seats to the car. By the way, this part of the McLaren F1 exterior, as seen in the "pictures" from behind, turned out to be completely transparent, revealing a view of the carbon (special fiber) tubes. The artist also made the sections on the sides of the original air intake transparent. Another interesting feature of the roadster is the two "gondolas" located behind the seats.