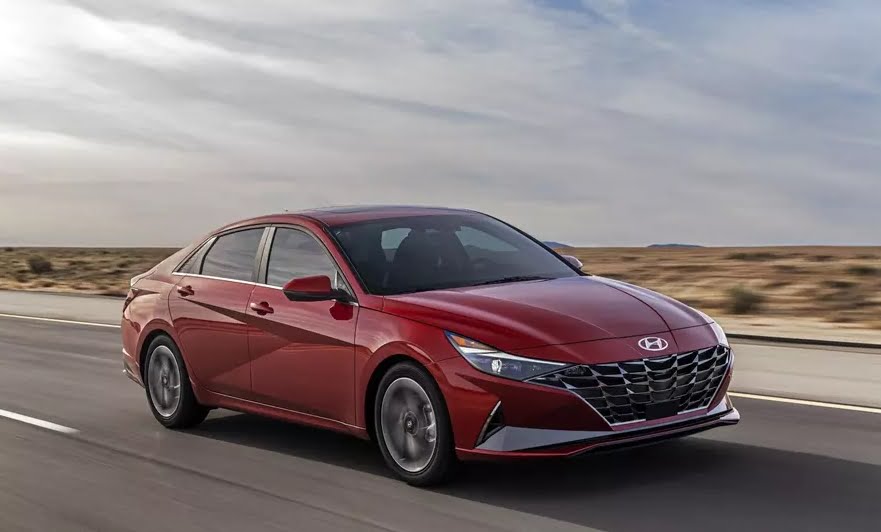 The Koreans presented a new generation sedan, a car that changed not only outside but also inside, and also received an expanded list of equipment. The car was moved to a new platform, deciding to keep its old "aspirated".

Presented Elantra seventh generation in Hollywood. The world premiere of quarantine associated with coronavirus was held online. By itself, Elantra became famous as the most successful model released by the Hyundai concern. Since 1990, the company has sold 13,8 million of these machines.

The new “seven” was created on the K3 platform, which served as the basis for the latest KIA brainchild, Cerato cars. Its center of gravity was located closer to the road, the steering was reconfigured, which made the vehicle as responsive as possible. The dimensions of the model have also been changed, Elantra7 has become 30 mm longer, 25 mm wider, 20 mm higher.

In Hyundai, this hybrid was called the “four-door coupe”, which is not surprising, given the characteristic sloping line of the car's roof. His body got more facets, which is the conceptual idea of ​​the designers. An interesting concept called Parametric Dynamics harmoniously looks with a new radiator grille that hides turn signals, with boomerang-shaped headlights and taillights connected to each other with a luminous strip. Not without new wheels, the representative of the new generation received 15-, 16- and 17-inch wheels. The interior of the car is pleasant: airflow deflectors represent a single line, the center console is located as convenient as possible for the driver, the front seats are separated by a plastic “beam”.