Hyundai Creta in the Russian Federation. A new generation of compact crossover 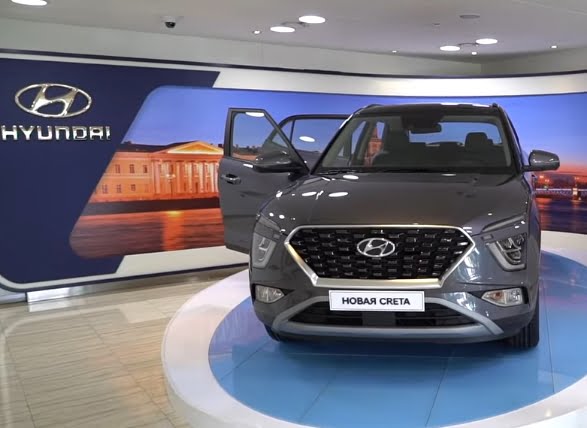 Hyundai made an official presentation and presented a new generation car. In the Russian market, the Creta crossover is considered the second-row generation. The production of this crossover of the same design will be in the city of St. Petersburg. But in China and India, the Creta has already been released. In St. Petersburg, on July 1, a full-scale release will begin.

Generations later, Hyundai Creta has become not only larger, but also more spacious. In length added 30 mm, added 20 mm to the wheelbase. The roof of the car has become universal. It is black, and the car itself is a bluish tint - a two-tone version. But that's not all! The roof is not only black, but also glass-panoramic.

Inside the salon there are new items. Installed Supervision. It's a digital dashboard, about 7 inches. Including, according to modern assemblies, the touch display of the media kit. Its size is pleasantly surprising. 8 and 10.25 inches. The acoustics keep up with new products. Bose hardware installed by the latest standards.

Hyundai Creta of the second generation is a very comfortable and maneuverable car. It has a driving mode that allows you to keep the car in the lane. For comfortable driving, climate control is installed; rear view camera with automatic washer.

Smart Sense is a comprehensive security system that allows you to start the engine, track door locks. Blue Link telematics makes it possible to monitor Hyundai Creta through android using a specialized application.

The manufacturers did not change the engine. The transmissions remained intact. Gasoline "aspirated" 1.6 liters and more expensive 2.0 liters will be installed. 1.6 L has a capacity of 123 horsepower, Gamma series. Two liter engine 148 horsepower, Nu series. This car has front and full drive. In various configurations, there is an automatic transmission or a six-speed "mechanics".

Hyundai Creta will be available in several standard trim levels:

The individual line of Special one machines is also produced. With 2-liter engines and all-wheel drive. While the price of Hyundai Creta is unknown, it was promised to be announced in the near future.