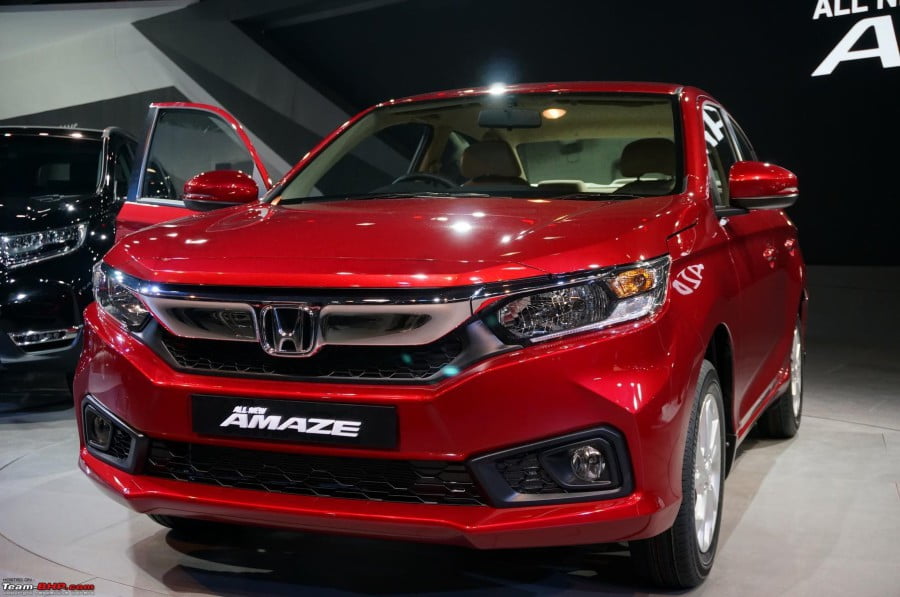 Honda representatives have decided to take up the update of their successful budget brainchild, the Amaze sedan. Recall that the representative of the second generation debuted in 2018. Accordingly, the company went to its reystaling for three years. She decided to take the appropriate step in order to raise the level of sales. At the same time, interestingly, the changes have not affected all modifications. No luck in particular with the basic version.

The new Amaze Honda launches on the market in three trim levels. These are S, E, VX configurations. The last two got the original grille. The top sedan received a different pattern of rear lights, as well as foglights with built-in LED bulbs. The rear bumper is decorated with a decorative strip.

The manufacturer did not leave the same interior. True, the changes he made here turned out to be minimal. The front panel and door cards are adorned with silver décor elements. Silver can also be seen in the bezel of the screen of the multimedia system, as well as the climate control system. In addition, a new upholstery and a manual transmission appeared in the salon of the "fresh" Amaze.

In terms of technical stuffing, everything remains the same. As before, the Amaze is equipped with a 90-horsepower 1,2-liter naturally aspirated engine. The second "heart" of the car was a 1,5 liter turbocharged diesel engine. (gives out 80 or 100 "horses"). You can buy a car with a manual 5-speed gearbox equipped with a variator.