Georgia will build a highway to Russia 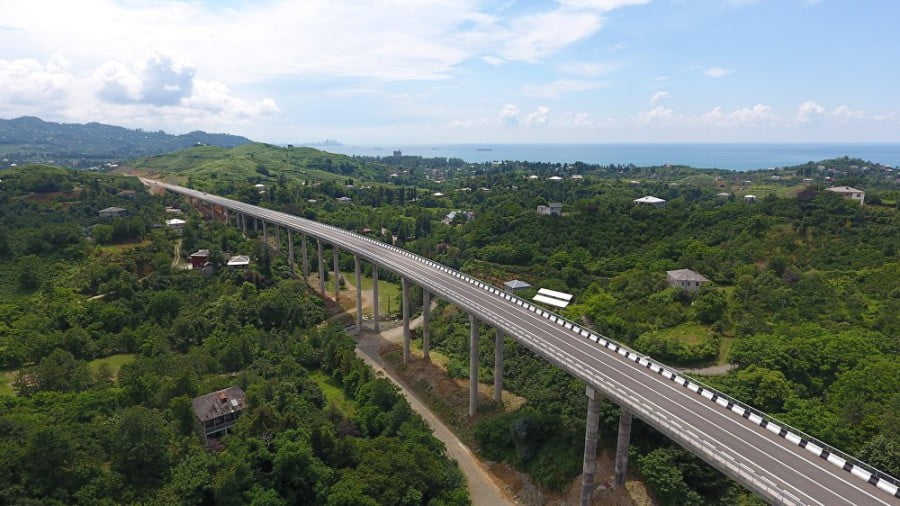 The Georgian authorities are going to begin in the near future to begin construction of a highway on the border with the Russian Federation. The length of the new section will be 23 kilometers.

The start of direct construction work is scheduled for the end of this year. The motorway will be laid along the Kvesheti - Kobe route. The Asian Development Bank (ADB) has already provided Georgia with a loan of $ 415 million for this project. In addition to ADB, the European Bank for Reconstruction and Development ($ 60 million) and the Georgian government ($ 83,6 million) are included in the project investments.

It is expected that the road will include six bridges and five tunnels, including one of them, 9 km long. They plan to open a new route for traffic in the 2023 year.

According to Georgian Prime Minister Mamuka Bakhtadze, this will be one of the hardest engineering structures in Europe, with one of the longest tunnels. He called the highway on the border with Russia "a project of historical significance."

The new road will become an alternative and a future replacement for the existing Georgian Military Road, which includes 35 km and is considered one of the most dangerous roads in the Republic of Georgia. Every year 3,5 of thousands of vehicles move along the old highway. In winter, traffic is blocked due to the high risk of avalanches and landslides.