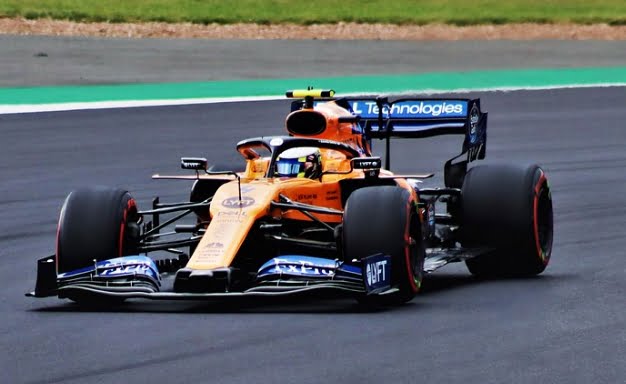 The automotive giant Gordon Murray Automotive has unveiled a new successor to the Mc Laren F. The production version of the supercar has been laconically named T.50. The public has been waiting for detailed information about her since November 2017, when the first teased car hit the network. The first visitors to see it were the One Formula exhibition, which was organized in the UK, in Dunsfold Park. The manufacturer promised those who liked the sports car “perfect dynamics”. We are, of course, talking about the best dynamics among all inherent in similar models with access to public roadways.

For the bodywork of the T.50, Stream Superlight technology was used. Murray himself is behind its development. Its essence lies in the use of impressively durable aluminum. Such in the field of mechanical engineering is exploited today more often than carbon fiber or steel elements. Reliable material makes the sports car lightweight. Together with the 3,9 liter naturally aspirated V12 engine, it weighs no more than 986 kg, 150 of which are weighty panels and monocoque. The mechanics in six steps account for 80.5 kg, for the motor - 178 kg. The latter, by the way, was developed specifically for this model. The best Cosworth engineers worked on the "heart" of the sports car. According to them, their engine turned out to be the lightest of all 12-cylinder installed on civilian vehicles.

As for the exterior of the T.50, it can be compared to the original Mc Laren F1. This car is equipped with a rounded wide windshield, a transparent roof panel, large windows installed on the doors. Due to the large amount of glass, the cockpit of the sports car appears to be completely transparent. While working on the layout of the seats, the manufacturer did not reinvent the wheel. For this reason, it turned out to be standard by the standards of all F1 models.