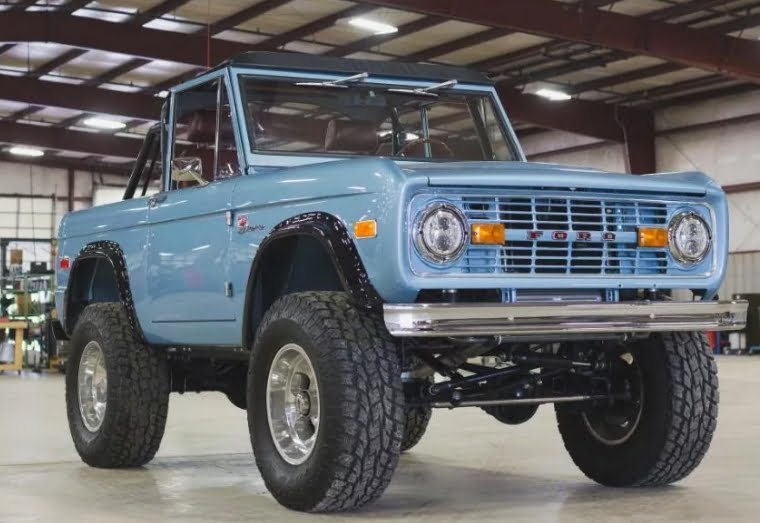 Auto concern Ford presented a new SUV. It will appear on the market under the well-known name “Bronco”. This representative of the sixth generation replaced the fifth generation products, whose production was discontinued a quarter of a century ago. The debut of the "fresh" Ford turned out to be memorable. Motorists saw two body options at once - 3 and 5-door, which is popular in the west.

The main concept of the revived "Bronco" is a combination of classics and innovative engineering developments. This product is guaranteed to conquer people who are forced to regularly move on low-quality roadways. It is focused, including on those who like active rest. The novelty boasts the durability of F-pickups and the sporty features of a Mustang, according to Ford CEO Jim Farley. In terms of design, the emphasis has been on the traditional lines of the 1965 Bronco.

This SUV is equipped with all-wheel drive, transfer case. The driver has three modes of operation with the transmission. An alternative is an electromechanical dispenser with the On-Demand 4H option. However, this duet will have to pay extra.

The new Bronco impresses with other unique features. For example, Dana axles, differential locks, independent front suspension, a new stabilization system. Falls in love with the car and 7 modes of operation of electronics, effective and convenient cruise control.

Consumers are offered a choice of modifications with an Eco Boost gasoline engine, issuing - 2, 274 liters. from. and a similar, but more powerful engine with 315 "horses". Both options are compatible with 7-speed manual or 10-range automatic. Against the background of other Bronco, the new model also stands out due to its high ground clearance.