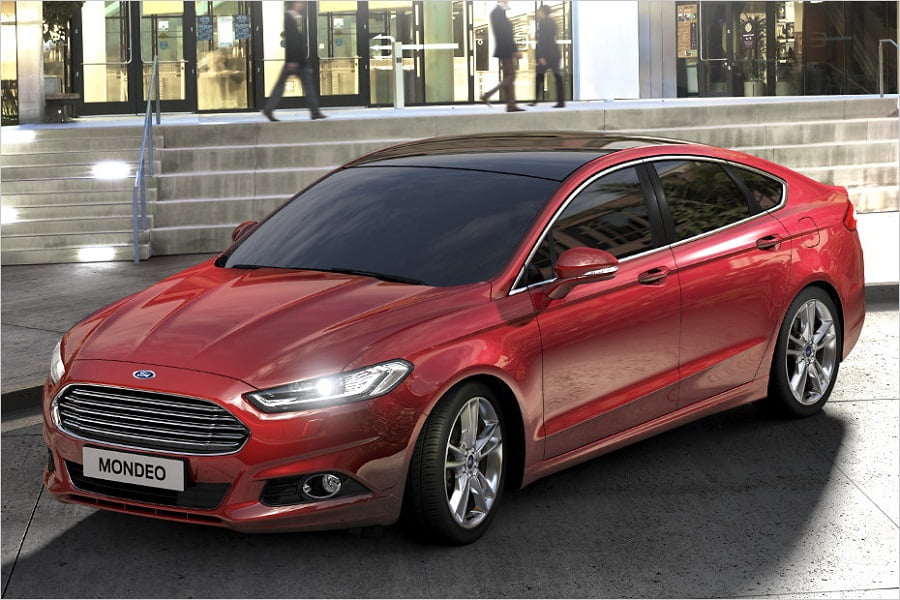 New sensors Parktronic with increased coverage allowed the introduction of the new Mondeo warning system when leaving the parking lot Cross Traffic Alert, which is included when driving in reverse. Now leaving the parking lot, when there is not enough review not only from the driver, but also from the rear view camera, Ford Mondeo will warn about the movement of another vehicle perpendicular to it.

The blind spot monitoring system BLIS (Blind Spot Information System) has also undergone modernization, now it uses new generation sensors and updated software. Thanks to these changes, the range of the system has increased to 7,5 m. In addition, the new software with a lower frequency triggers erroneously - now this figure does not exceed 1%.

The top versions of the sedan received updated "dynamic" LED lights, supported by the function of automatic switching from far-end to low beam. Modernization of correction of light, lenses and electronic light control units in Mondeo allowed to increase the "long range" of 25% high-beam driving lights, that is, about 30 meters.

The volume of updates is small, and it did not affect the market price of a business sedan in Russia.