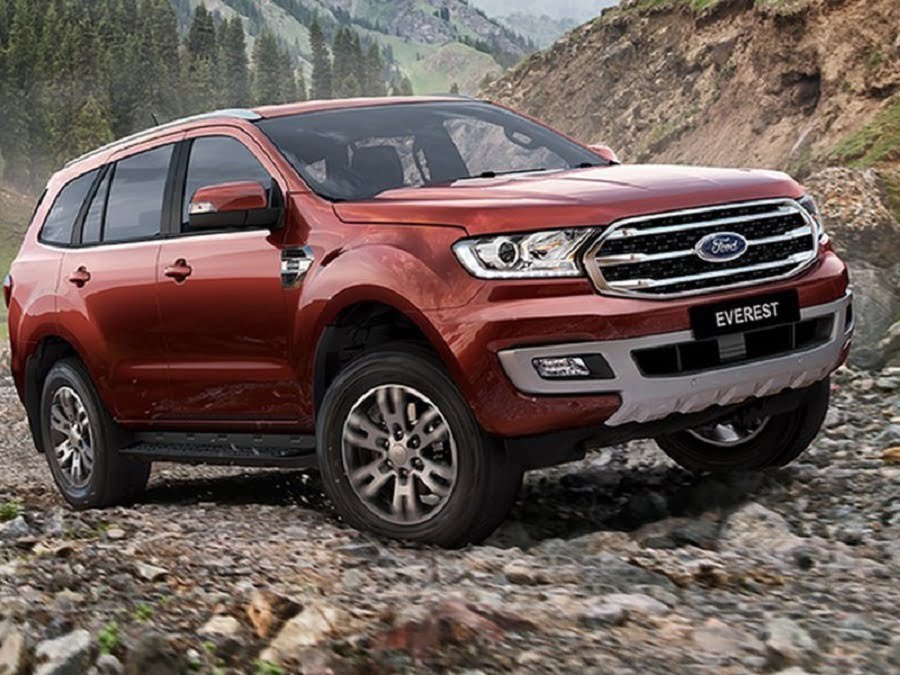 About the off-road car Ford Everest in Russia almost do not know. But in the countries of the Asia-Pacific market, it competed with Toyota Fortuner and Mitsubishi Pajero Sport.

Recently, the company-manufacturer presented a new generation of Ford Everest.

The most important changes were hidden from the eyes: the SUV was equipped with an 2-liter diesel engine with a turbocharger from the sopplatformnogo Ford Ranger Raptor. The power of its 231 hp The engine is coupled to the 10-step "automatic". This powerplant comes with only top-end versions of the Ford Everest, more budget cars are still equipped with an 3,2-liter "atmospheric" at 200 HP.

After the update, new active safety systems have appeared in Ford Everest: the system of emergency automatic braking with the function of recognition of pedestrians and an automatic parking system. In addition, the base of all versions will now be a multimedia system SYNC 3, supported by Android Auto and Apple CarPlay, as well as navigation.

The appearance did not change much: in the updated Ford Everest, a new radiator grille was installed, in the Trend package - projection lights, and in the top Titanium - alloy wheels of a new design.

After leaving the assembly line, the first copies of the off-road car will be received by customers from Australia: sales there will start in the fourth quarter of this year. The dealers are not going to import cars into Russia.