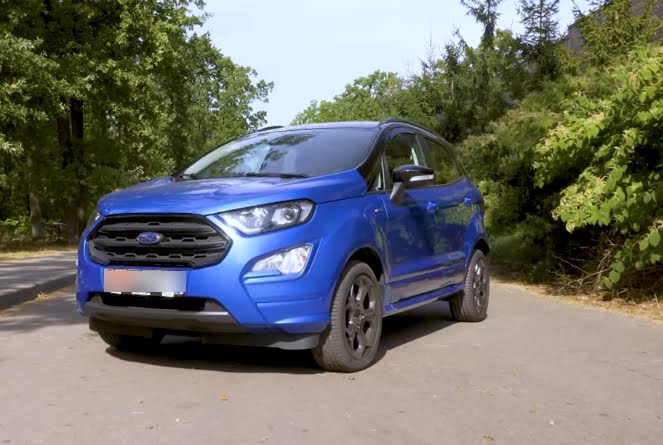 Among the crossovers of the subcompact format, the Ford Eco Sport is considered one of the youngest and most promising. Its production began back in 2012, and in 2017 it received a long-awaited update. But the company continues to see this unit as a potential competitor in the market. Moreover, an Active version has been released. Over time, the modification will be able to take a strong position in the automotive market.

The appearance of the car can amaze even the most sophisticated car enthusiast. The body kit is made of unpainted plastic with darkened headlights. 17-inch wheels look advantageous against the background of the novelty. The front fenders were also equipped with additional nameplates, on which the name of the modification was engraved.

As for the exterior, here the developers have made few changes. Basically, the letters "A" in the rear seats and an 8-inch infotainment system were added. Although it was said that there are no internal changes, even such design innovations have refreshed the interior, made it more comfortable and aesthetically pleasing.

The model has one gasoline engine (three-cylinder 1,0-liter engine). Its power is determined by 125 hp. According to the developers, it is ideal for manual transmission and front-wheel drive, which is included in the model. Approximate gas mileage is 6 liters per 100 kilometers.

Unfortunately, this car cannot be purchased in Russia. For some time, the American manufacturer produced the Ford Eco Sport from 2014 to 2019, but then decided to leave the Russian market due to unjustified costs. But in Europe, the model is being actively implemented. Now it can be purchased for € 23, which in terms of the Russian ruble equals 880 rubles.