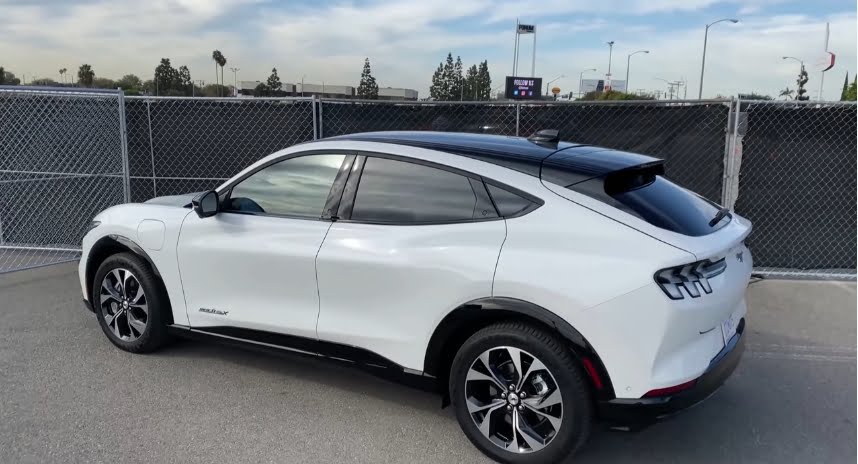 Ford representatives have announced their intention to present a brand new SUV in 2022. Against the general background, it will stand out not only for its compact size, but also for a fully electric power plant. The American brand will be able to realize its grandiose plans, focusing on the prototype, the Mustang Mach-E model, which became the fruit of the company's cooperation with such a giant as Volkswagen.

The brother of the Ford Mustang Mach-E will be not only smaller, but significantly cheaper. Motorists will be able to get to know him as early as next year, however, the car will be released for sale only in 2023. As you know, the crossover is created on the basis of the Volkswagen MEB. Ford has been using it since 2019.

The novelty has already been tested. The electric car got into the lens of spies a couple of weeks ago. The car drove onto the road near the brand's headquarters in Cologne. What name the crossover got is still unknown. What can be said with confidence is that this model boasts an avant-garde design, a unique style similar to that of the Ford Evos (in particular, the modification presented for the Chinese market). The front of the car is decorated with thin LED headlights. As for the grille, the manufacturer decided to hide it under the panel.

The novelty will have a unique profile, but the side view in many ways resembles the silhouette of the Ford Mustang Mach-E. They really have a lot in common: compact proportions, sophistication.

Inside, the electric car will delight you with a dashboard in the style of "minimalism". Like the Chinese version of the Ford Evos, this car will have a large horizontal screen that provides access to a host of useful functions (all of which are based on the Android operating system).

What other surprises the American brand is preparing for motorists is still unknown. It is expected that the new crossover will be available in rear-wheel drive and all-wheel drive versions.