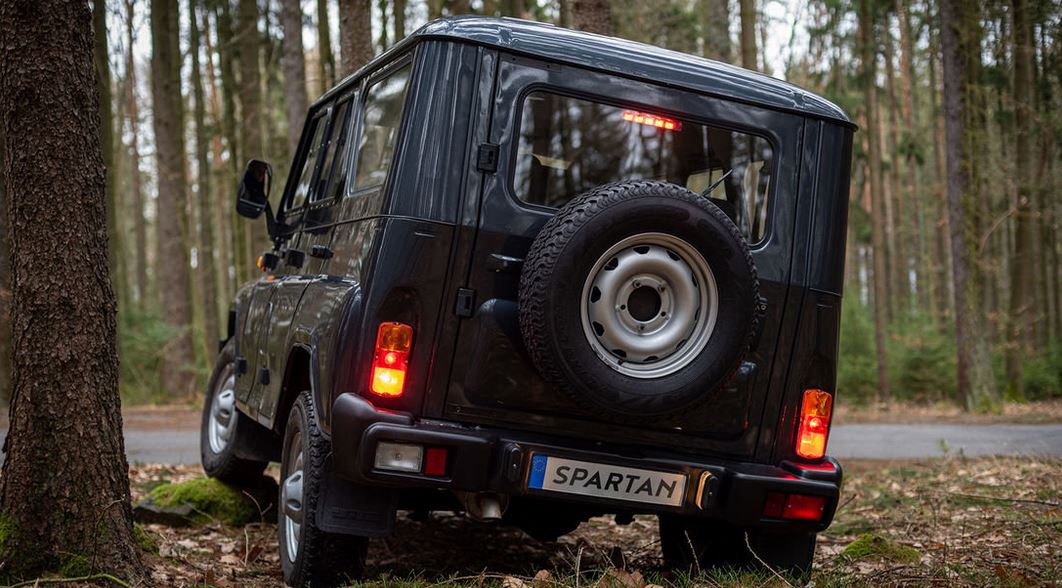 The usual UAZ will get a second wind. Relatively recently, in February 2020, Hunter was announced at an international exhibition and announced that the car would receive an electric engine.

However, the assembly at the Ulyanovsk Automobile Plant had to be abandoned. MWMotors took over production responsibilities, and the product was given the name MWM Spartan. Its price due to the addition of electrical supply will jump to 3 rubles.

The presented model will have plenty of advantages to interest the consumer. This was stated by the head of MW Motors Maurice Ward in an interview. The power reserve will not be the central value for such models. The situation will be somewhat different.

UAZ Hunter will assemble in the Czech Republic. The manufacturer plans to install a 55 kW / h battery on the car. This value is standard for all electric models, and the charge allows you to travel up to 200 kilometers.

By updating the design features, to make the vehicle easier did not work. On the contrary, it gained an additional weight of 120 kilograms. For lovers of long-distance riding, the manufacturer is ready to offer models with a battery of 90 kW / h.

The manufacturer considered that the gasoline engine on the presented model was long outdated, therefore, as an experiment, he decided to replace it with the corresponding electric motor. Its power is 163 hp, torque - 600 Nm. Engineers decided not to refuse mechanics in five steps and a transfer case, as these design features individually complement the image of the car.

In 2020, MWM Spartan will enter the UK market. In 2021, the left-hand drive version for continental Europe will appear.