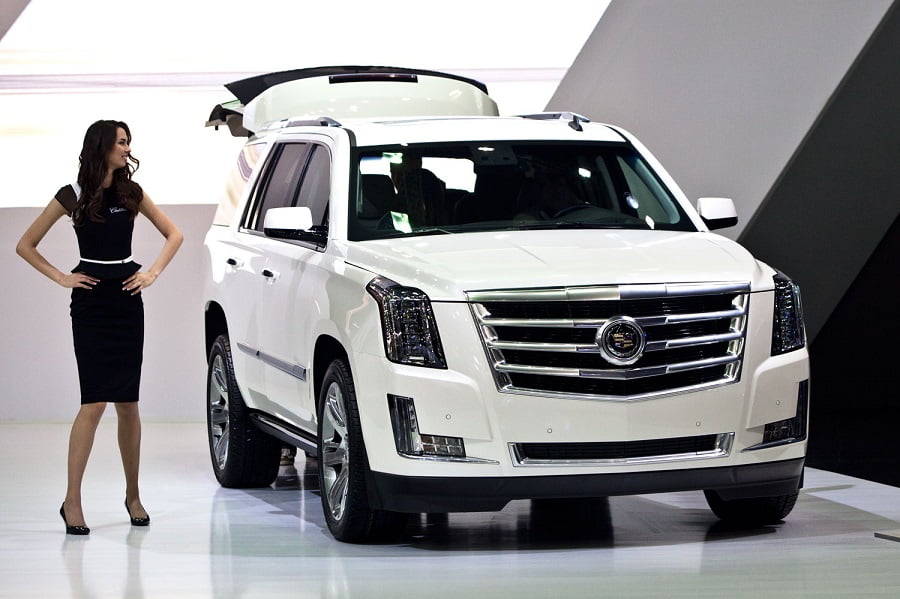 In Cadillac are not going to abandon the flagship SUV Escalade and are preparing to release its new generation.

The car will retain the old philosophy: it will be a large SUV with a frame structure and rich equipment. According to unconfirmed reports the next generation Cadillac Escalade will be assembled in three versions of the power plant.

In the base version will install 6,2-liter atmospheric engine V8, power about 420 hp. A more powerful option will come with the 4,2-liter V7 turbocharged, with an output of 550 hp. , taken from a charged Cadillac CT6 V-Sport. And the last option for the next generation Escalade is a hybrid powerplant.

Designers will be able to significantly reduce the weight of the next-generation SUV by using aluminum and ultra-high-strength steels. Presumably, after the completed modifications, the weight of the car will decrease by more than 100 kg. The on-board computer integrates a proprietary system of "semi-autonomous" driving, operating on high-speed highways.

Cadillac Escalade of the current generation is also sold in the Russian market. To Russians it is offered in a single complete set with 6,2-liter engine, the power of 426 hp, which works in combination with the 8-step "automatic". The cost of this car starts from the mark 4 990 000 rubles.