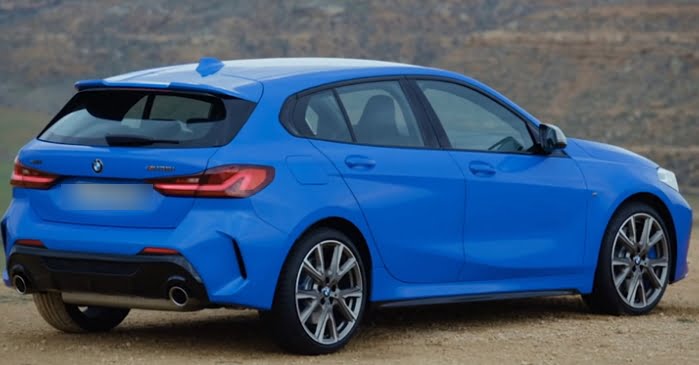 The fact that an updated BMW 1 hatchback will appear in the automotive market became known back in September this year. The Bavarian concern has positioned its new brainchild as a product created specifically for young people who want to get an exciting driving experience. The "fresh" BMW 1 was announced as the first front-wheel drive hot hatch to be released under this brand. This car has every chance of becoming a worthy competitor to the popular Volkswagen Golf GTI. It will appear on the market in November 2020.

The BMW 1 will be the next representative of the successful family series, but against the background of its brothers, the model, which occupies a step lower than the all-wheel drive version of the 128ti, will be able to distinguish itself thanks to its equipment. The manufacturer presented the car with a 2.0-liter 4-cylinder engine developed with the latest BMW Twin Power Turbo technology. The heart of the "fresh" BMW 1 nominally produces 265 horsepower, which is some 40 hp. less than the M135i xDrive. As for the torque, it reaches 400 Nm, which is pretty good for this class.

The gearbox of the hot hatch is standard, that is, a sports 8-speed. The brakes have been matched to the Steptronic box. The brand specifically focused on the M Sport, which can be seen on the M135i xDrive. The vehicle's suspension is lowered by 10 mm, the steering has been re-tuned, and the limited slip differential is Torsen's innovative technology. From zero to 100 kilometers per hour, the car accelerates in 6.1 seconds. Its maximum speed is 250 km. in hour.

As for the design highlights, here you should pay attention to the black radiator grille and the same color mirror housings located on the sides. The optics, by the way, are also darkened.