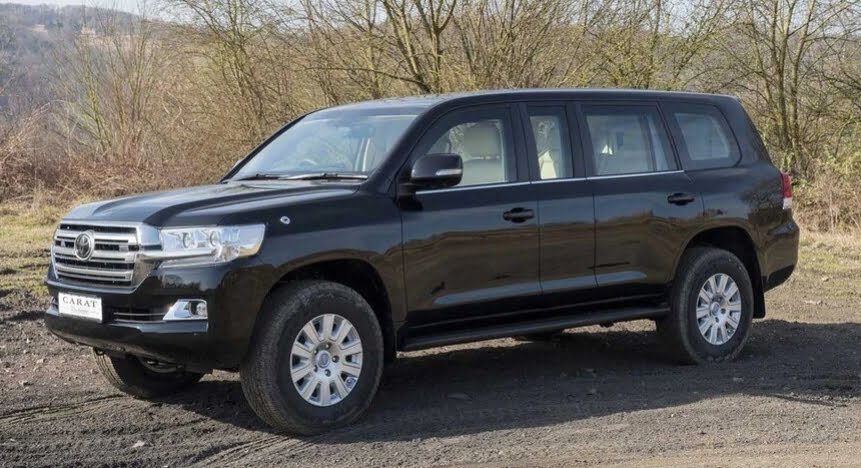 Experiments in most cases carry positive results. With their help, it becomes possible to find something new for yourself, to reveal the previously hidden sides of something old. So, for example, the automobile studio Carat Duchatelet decided to deal with the appearance of the Land Cruiser of the 200th series produced by Toyota. The idea of ​​the studio was the transformation of the car as an armored limousine.

Since limousines are famous for their length, the creative workshop lengthened the SUV by 50 centimeters. Conversion to a limousine took place without any difficulties. The technology has been known for a long time and is actively used by the company. To do this, cut the body and frame, then make special glazed inserts.

For the better, the interior has changed. A number of seats on the rear side of the car were specially divided by a partition into which the LCD TV was installed. The finish is striking in its splendor. Valuable varieties of natural wood veneer, genuine leather and Alcantara were used as materials. For VIP passengers, self-retracting tables with cup holders are provided in advance.

When deciding the question of what degree of protection to give preference, the manufacturer decided to take all the best from both B6 and B7. Both classes have sufficient ability to restrain bullet shots with caliber up to 7,85 mm. It can be seen with the naked eye that the mass of the car has increased significantly. It is likely that the mechanics of Land Cruiser may not be able to cope. Carat Duchatelet is aware of this moment, so it has updated the brakes and suspension in accordance with the changes.

The price of a Land Cruiser limousine was not disclosed. The price is called individually by the buyer at the dealership.