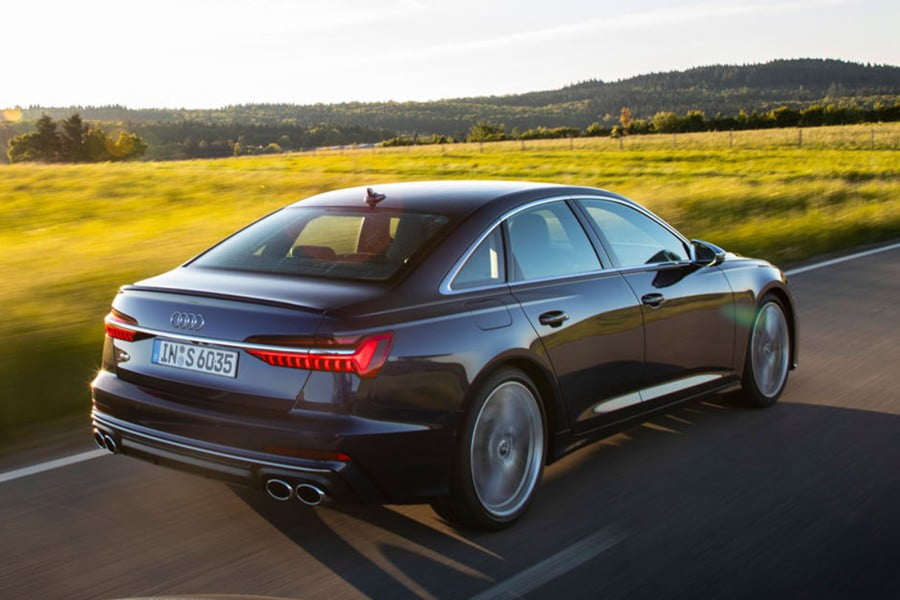 Fast and powerful Audi S-series cars are massively converted from gasoline to diesel. This trend has already affected models such as S6, S7, SQ7 and SQ8. However, in the S6 car, the gas engine was decided to be returned to service.

The previous generation S6 used an 4.0-liter V8 engine with two turbines and a S tronic robotic gearbox. Now this bunch is not used. The new version of the sedan uses the 2,9-liter V6, taken from RS4 and RS5. However, in the business sedan it was additionally equipped with electric supercharging, which facilitates the operation of the turbines. It is powered by an on-board network with a voltage of 48B, powered by a lithium-ion battery. And although the turbocharging did not increase the ultimate return (450 hp and 600 Nm), it allowed the engine to reach its maximum thrust earlier.

The robotic box is inferior to the 8-speed "automatic" ZF. The proprietary all-wheel drive Quattro has also been preserved. At the same time, German automakers are increasing the dynamic performance of their cars with each generation. But the Audi S6 is an exception to this rule. Even the new electronically charged engine with an additional 50Nm of thrust did not allow it to outperform its predecessor: acceleration remained the same - from 0 to 60 mph in 4,4 seconds. However, the petrol model became noticeably faster than the diesel one, which took 5,0 seconds to accelerate.